ODDO BHF Corporates & Markets AG has a long history of supporting charitable organisations in the Frankfurt area and further afield.

As a member of the society in which we conduct our business, we have set ourselves the goal of supporting charitable organisations. In so doing, we concentrate on initiatives that support the economically disadvantaged, health programmes, community assistance, programs for the fulfilment of basic human needs and the implementation of inclusive policies. 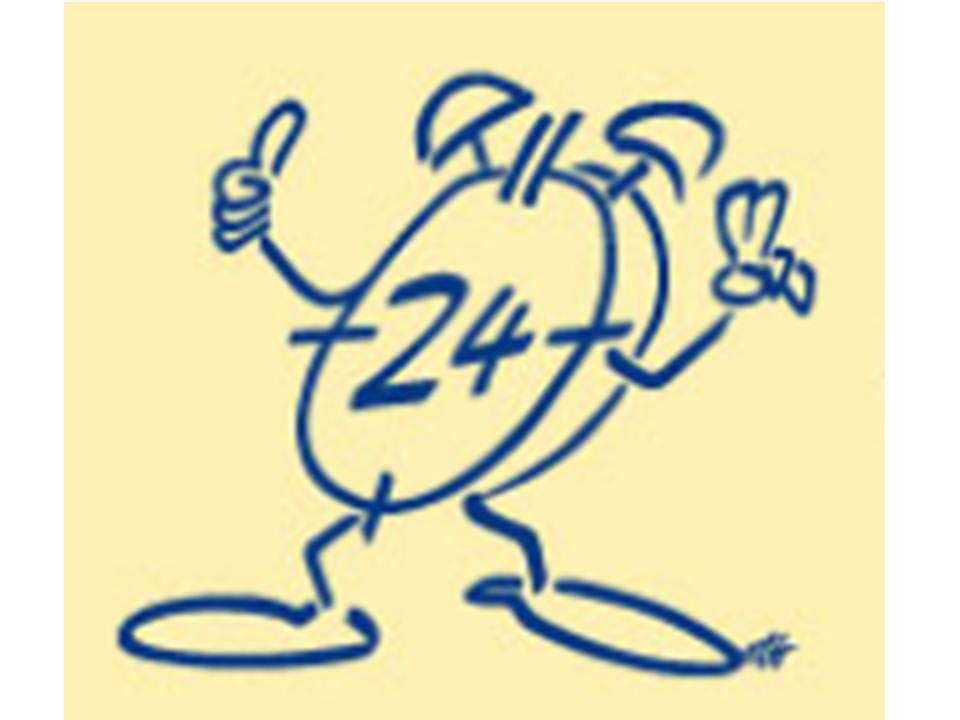 Inspired by the Olympic Games in 1972 in Munich, young athletes of St. Ludwig Parish in Darmstadt came up with the idea of using their sporting abilities to encourage and motivate people in the surround area to donate to social projects in the parish community. They organised a run through the centre of Darmstadt to raise money. The initiative then lay dormant for another 9 years. An initiative by adolescents and young adults from the Catholic parish community of St. Nikolaus in Jügesheim to host joint leisure activities for disabled and non-disabled children and young people led to the founding of the club "Gemeinsam mit Behinderten Rodgau e.V.". Dr. Regina Kriebel resurrected the idea of the 24-hour run and sounded the starting shot on 29 August, 1981. The 24-hour run has been a permanent fixture ever since. Thanks to the runners, the sponsors and the helpers - a large number of wonderful projects have been implemented in the intervening years. www.24hlauf.de

The old-age support campaign "Not gemeinsam lindern" (alleviating hardship together) organised by the Frankfurter Rundschau newspaper is a non-profit organisation that has been providing financial support for old people in need in Frankfurt and the Rhine-Main region for over 60 years. The Frankfurter Rundschau collects funds from its readers primarily during the pre-Christmas season. FR-Altenhilfe tries to combat the isolation of old people, which is frequently the result of poverty by providing opportunities for greater participation in social and cultural life: with events such as boat trips and Christmas celebrations, as well as by subsidising holidays for senior citizens. For several years, the organisation has received donations of around of EUR 1 million annually, which funds a great deal of good work.  www.fr-online.de/altenhilfe

"Bärenherz has given us back some quality of life…" heartening feedback for the work done at the Bärenherz children's hospice in Wiesbaden. A statement from a mother of a sick child, it sums up what a children's hospice should be: a sanctuary offering protection, security and safety for families whose child is suffering from a life-shortening and incurable illness. Here they will find advice, qualified nursing, loving care, relief and comfort, from diagnosis through to the death of the child and beyond. The Bärenherz foundation supports these kinds of facilities for families with incurably ill children who have a limited life expectancy, especially children's hospices. www.baerenherz.de 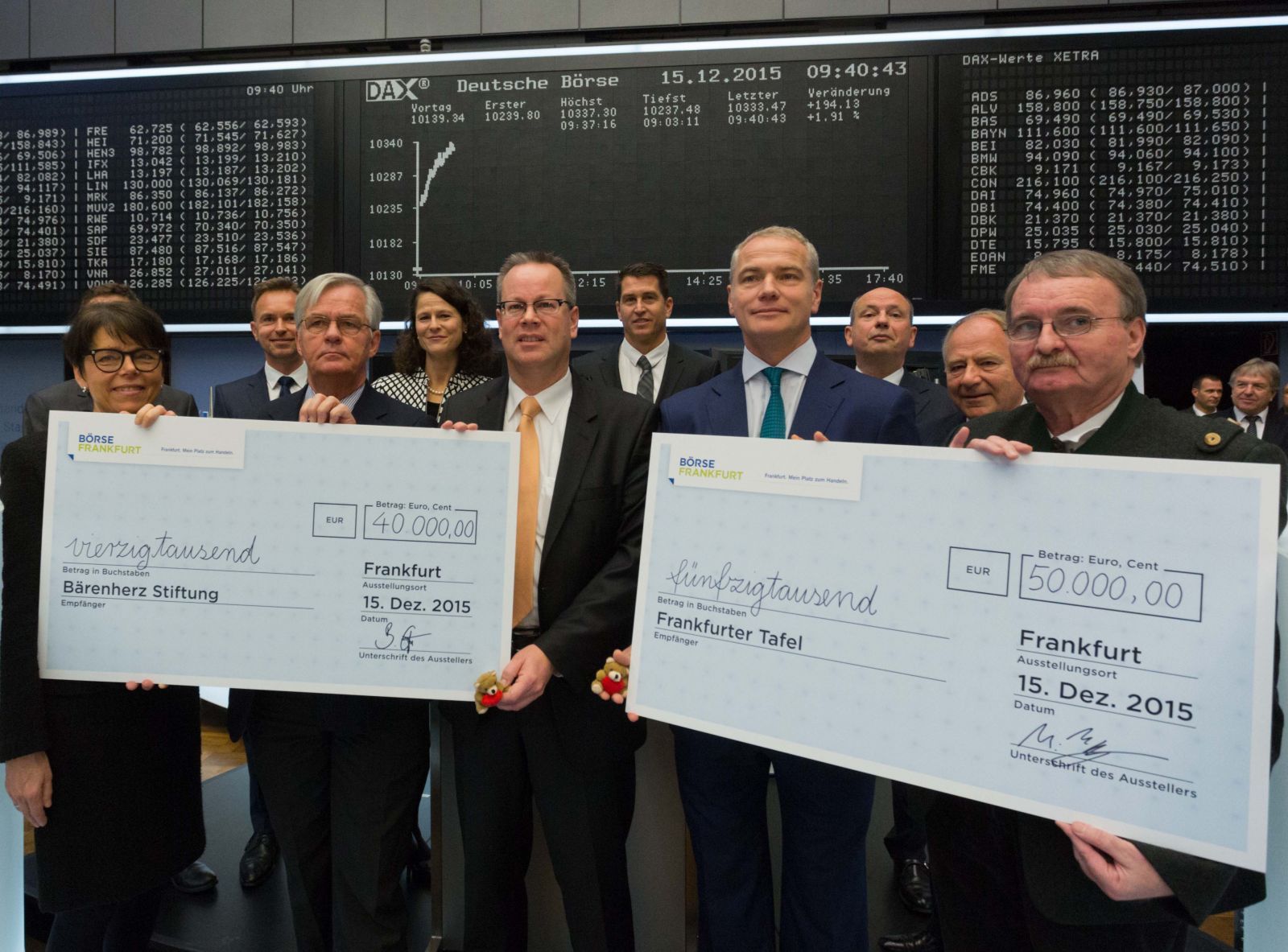 Behinderten-Werk Main-Kinzig e. V. is a registered charitable provider of non-statutory social welfare and provides services for people with disabilities in 44 facilities. Founded in 1974 as an amalgamation of counselling services in Hanau, Gelnhausen and Schlüchtern, the Verein für Körper- und Mehrfachbehinderte and the Main-Kinzig district, the BWMK has developed into an SME with a staff of approximately 600. Its spectrum of services ranges from offerings for children with and without disabilities to services in the areas of living, working and qualification, as well as advice and support for all life situations. www.bwmk.de

The foundation stone of Bürgerhospital Frankfurt was laid by the doctor and founder of the Dr. Senckenbergische Stiftung, Johann Christian Senckenberg, on 9 July, 1771. In 1779, the hospital opened, initially with a total of six beds. Today, Bürgerhospital Frankfurt is a fully equipped hospital with 302 beds. It is an academic teaching hospital of the University Hospital Frankfurt. It operates a gynaecological hospital with one of the highest birth rates in Germany with facilities including a neonatal child intensive care station and a paediatric surgery department. The hospital also specialises in the care of expectant mothers with multiple pregnancies. The clinic also has a nationwide reputation for its specialisation in thyroid surgery. On 1 January, 2009, the Bürgerhospital merged with the Clementine-Kinderhospital to form the Verein Frankfurter Stiftungskrankenhäuser e.V. www.buergerhospital-ffm.de

The association was founded in 2009 with the goal of improving the comprehensive treatment and care of patients with a tumor disease and promote the maintenance and intensive care of cancer patients in the region. Additionally, Frankfurter Förderverein zur Bekämpfung von Tumorerkrankungen wants to actively support the science and research in the area of tumors, from early detection measures and general advice to cancer therapy. www.fbt-frankfurt.de

Each year in Germany, approximately 2,000 children and young people are diagnosed with cancer, specifically, leukaemia or a malicious tumour. Together with the then long-serving director of the children's cancer clinic at the Johann Wolfgang Goethe University Hospital Frankfurt am Main, Prof. Dr. md. Kornhuber, a group of affected parents set up the organisation in 1983. The aim of the organisation is to help young cancer patients, their families and friends both at home and in everyday life at the hospital. The organisation sets out to give parents and the young patients the courage and the confidence required to undergo treatments that often approach the limits of what is bearable. Thanks to the great generosity of donors in the immediate area, the organisation was able to open a family centre in 1993. With its overnight facilities and a wide range of services, it has become an important point of contact for those affected and their families and friends. www.hfkk.de 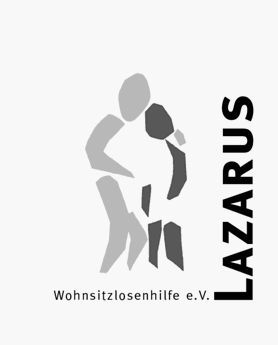 The Lazarus association was founded in 1994, is a member of the Diakonie social welfare organisation of Germany’s Protestant churches in Hessen and Nassau since 1995 and was awarded the Walter Möller Plakette for active citizenship by the City of Frankfurt in 2000. LAZARUS Wohnsitzlosenhilfe e.V. is aimed at people who have become homeless, are suffering from isolation, emotional stress, or illness and who must contend with complex social problems. The approach to providing help is open and straightforward and focuses on the person as a whole and is founded on Christian beliefs.  www.lazarus-frankfurt.de

The steps for children foundation supports children and young people in need through the steps for children project in Okakarara/Namibia in Southern Africa. Its vision is to bring about lasting self-sufficiency for the children without the need for external funding. The project is primarily aimed at orphans and other injured and traumatised children and young people, who are living in deprivation and who originally fell into this situation in connection with HIV/AIDS. steps for children develops measures that provide long-term support for the upbringing and holistic personal development of these children and young people. The unique aspect of steps for children relates to the income-earning measures (steps), which are financially self-sustaining and make a further contribution to the social steps. As a consequence, the project will be able to operate in the long term without relying on donations and development cooperation. The focus is on sustainability, helping people to help themselves and professionalism. www.stepsforchildren.de